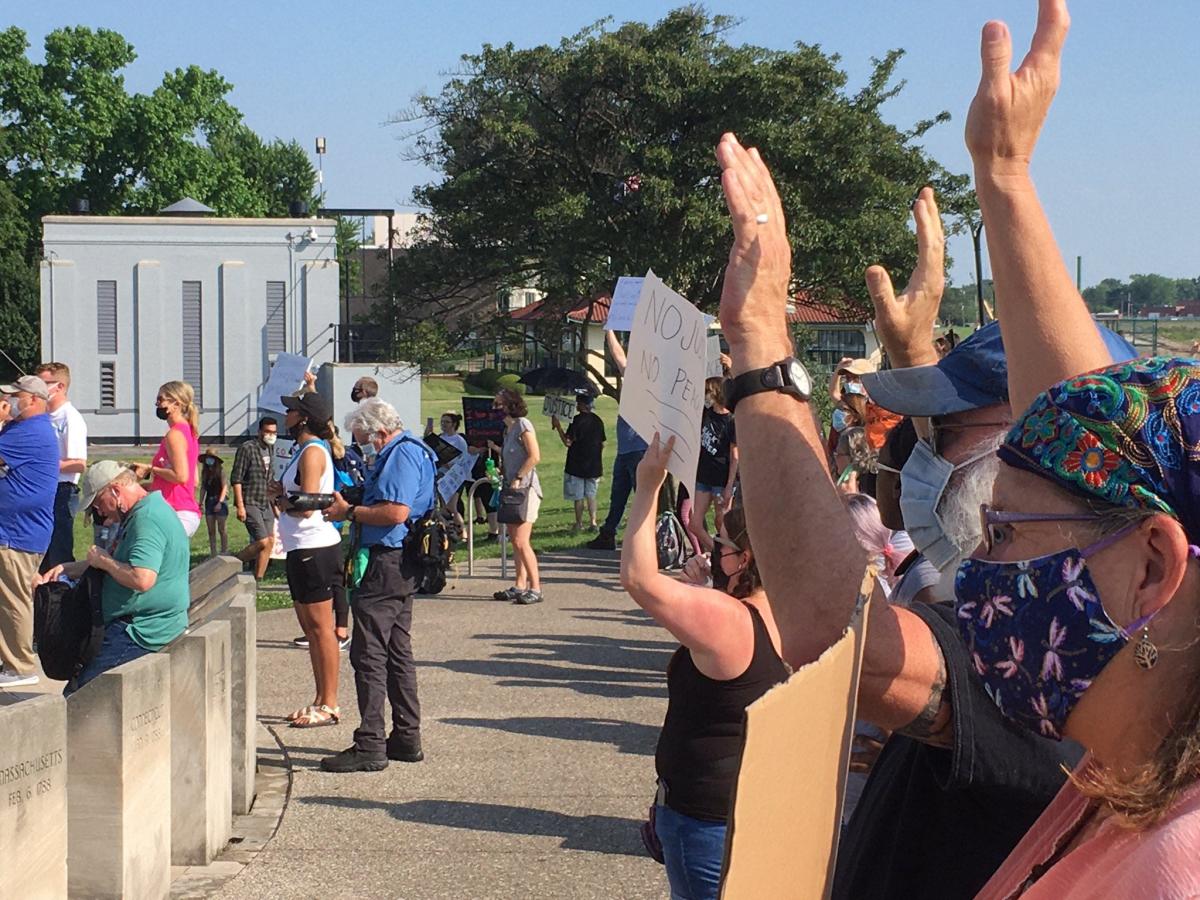 What does “woke” mean to you?

From its 1923 origins in the Black community to today’s co-optation for various political agendas, the definition of the word has evolved and come to mean different things to different people.

For Black leaders on the Treasure Coast, it’s still a positive word of empowerment that embodies the NAACP’s mission, which according to its website is to “achieve equity, political rights and social inclusion by advancing policies and practices that expand human and civil rights, eliminate discrimination and accelerate the well-being, education and economic security of Black people and all persons of color.”

“The word ‘woke’ has always been a word to empower us, uplift us, and as a way of saying that this is something that’s happened in the Black community,” said Aisha Nash, the NAACP St. Lucie County chapter president. “We are teaching ourselves our history, understanding the background, the cause and effect of certain issues that have been plaguing our community. And once we identify those issues, we can now find solutions, which are beneficial for our community.”

Indian River County: Gifford receives a grant to go ahead with building a Black culture center

Fort Pierce: How an amputee turned her life around with braiding

“As long as the white mainstream does not absorb it and grasp it, there is no threat,” Brown said. “Once young white children started to understand and see it in reality it then became valuable, which caused it to become a threat.”

The Treasure Coast’s NAACP presidents said the “woke” debate is an opportunity for unity, growth and education, especially among the 37.4% of residents who identify as Black on the 2021 Census:

All people should use their voice — not just money — to help fight racism against the Black community, Brown said.

“They [white people] have a tendency to put money on issues involving Black Americans in their fight,” Brown said. “I say sometimes that’s not necessary. You get to be in a room that I will not be privileged to, and in that moment, when you hear a racist joke — shut it down.”

One way for people to use their voice is by voting, but it’s important they cast an educated ballot, said Jimmy Smith, the NAACP Martin County chapter president. Voters should learn the issues and the candidates’ stances on them, instead of voting for a candidate solely based on their political affiliation.

“Don’t vote for a party just because you’re Democrat, Republican or Independent,” he said. “You vote for what’s the best policy that’s going to impact you and your family and your community.”

When people don’t vote because they feel their vote doesn’t count, they are not woken to the impact of their ballot, he said. If they’re voice didn’t matter, Republicans wouldn’t be trying to pass so many new laws and policies that make it more difficult for Black voters to cast a ballot, he said.

Nash agreed that separating politics from the issues is key.

“We have to learn how to come together without any political propaganda,” she said. “Lately, a lot of things have been polarized because of politics, which has led to people not researching the facts, not making connections with communities, people staying away from communities because of what they’ve heard, but not what they’ve actually experienced.”

History of the word ‘woke’

Here’s how “woke” evolved from meaning “not asleep” to “stay aware” over the span of nearly a century.

1923: Harlem activist Marcus Garvey wrote, “Wake up Ethiopia! Wake up Africa” ​​in a global plea for Black people to open their eyes to racial subjugation and get involved in politics.

1938: Blues musician Lead Belly recorded an afterword to his song “Scottsboro Boys,” about nine Black males accused of raping two white women, one of whom later admitted fabricating the crime. He said: “I advise everybody, be a little careful … best stay woke, keep their eyes open.”

1965: The Rev. Martin Luther King Jr. said in an Oberlin College commencement speech: “There is nothing more tragic than to sleep through a revolution. … The great challenge facing every individual graduating today is to remain awake.”

2016: A BET documentary on the BLM movement was called “Stay Woke,” and MTV News included “woke” in a list of 10 words teenagers should know.

2017: Merriam-Webster defined “woke” as US slang for being “aware of and actively attentive to important facts and issues (especially issues of racial and social justice.)”

Conservative commentators who opposed BLM protests as violent or anti-police began using “woke” pejoratively to condemn beliefs on a variety of matters with which they disagreed.

Florida Gov. Ron DeSantis filed the Stop Wrongs to Our Kids Act (WOKE), which a Florida judge blocked in August. The legislation would have:

“Florida is where woke goes to die,” DeSantis said in his November election victory speech.

DeSantis, who political watchers believe will run for president in 2024, can sway people with his words, which is a powerful and dangerous ability that should concern Black people, Brown said.

“You get a powerful man like DeSantis with an agenda, with the ability to articulate, whose face and whose mindset and verbiage is centered toward a specific group of people,” Brown said.

This article originally appeared on Treasure Coast Newspapers: What is woke? Local NAACP leaders talk about the word’s meaning