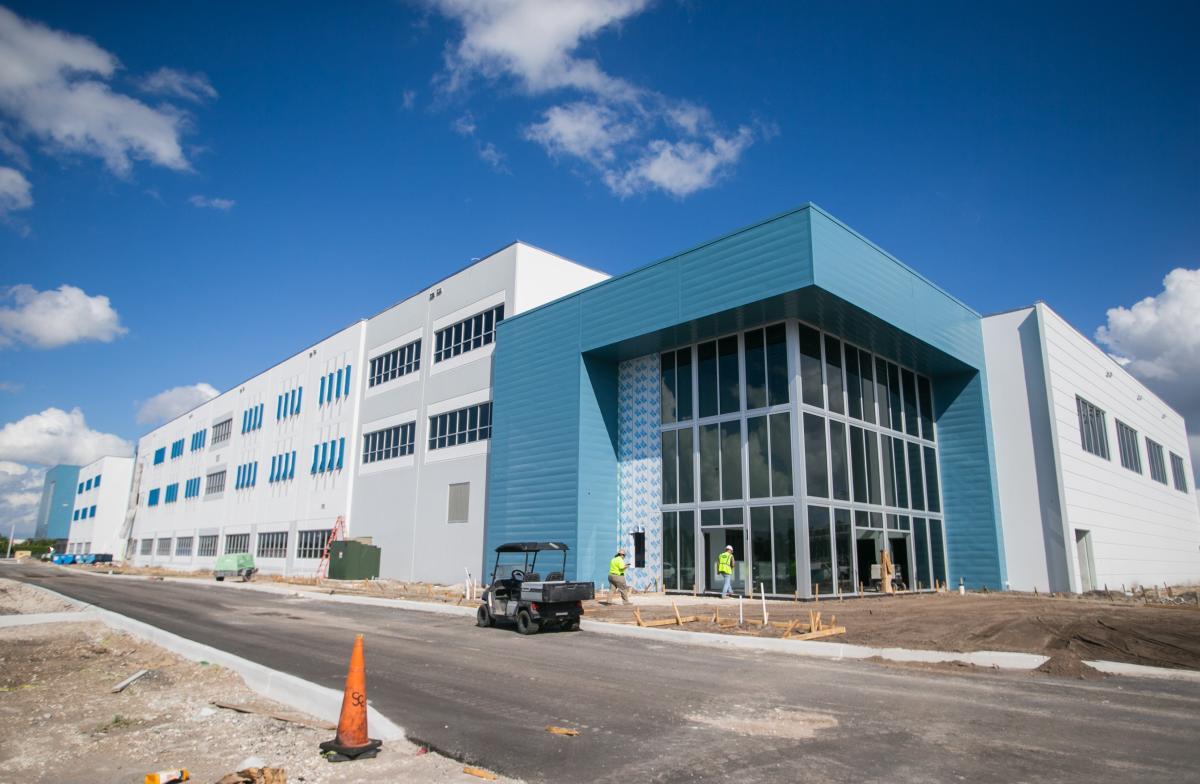 When Dr. Joaquín García High School’s athlete hit the field, track or diamond next year, they’ll be announced to the world as the Bulldogs.

The school, which opens in August off Lyons Road in the Lake Worth area, announced Thursday that its official mascot will be a fierce looking white bulldog.

The school’s colors will be Carolina blue, navy and white.

Dr. García High School is the first in the county to be named after a Hispanic community leader. Dr. Joaquín García was a West Palm Beach businessman and co-founder of the Hispanic Education Coalition. He died in 2021.

The school that bears his name will have space for 2,600 students, who will be pulled from nearby Palm Beach Central, John I. Leonard, Santaluces and Park Vista high schools.

The exact boundaries of the school’s attendance zone are not yet set.

A chat with the principal:The principal at Palm Beach County’s newest high school was inspired by its namesake

What’s in a name?‘History in the making’: New high school’s name will be a first for Palm Beach County

The school district’s boundary advisory committee met Dec. 8 for nearly six hours to discuss the school’s boundaries. Dozens of parents and community members shared public comments about whether they think their neighborhoods should be included in Dr. García High’s attendance zone.

The advisory committee will meet again Dec. 20. From there, it will send its official recommendation for the school’s boundaries to Superintendent Mike Burke, who will review it and pass along his recommended map to the school board early next year.

Dr. García High’s boundary-writing process is much more involved than the process to choose the school’s mascot.

The school’s mascot came from a pool of suggestions from the community, principal Oscar Otero said. Along with the bulldogs, ideas included the Vikings and the fighting iguanas.

Otero said the bulldog stood us because it was “fierce and regal” and unlike the mascots of other schools, many of which were marine animals.

Otero and other school leaders worked with a designer to create the logo and colors from scratch.

Otero said in November that he’s energized to take on the joys and challenges of running the district’s first new high school in 17 years.

After 11 years as the principal at Conniston Middle School, Otero said he’s looking forward to working with high school students.

“The biggest challenge is also the biggest opportunity. Bringing students from other high schools who are already established in a school culture and creating a new school community can be different,” he said.

“It’s about making sure everyone finds a fit and belonging, he said.”

Katherine Kokal is a journalist covering education at The Palm Beach Post. You can reach her at [email protected] Help support our work, subscribe today!