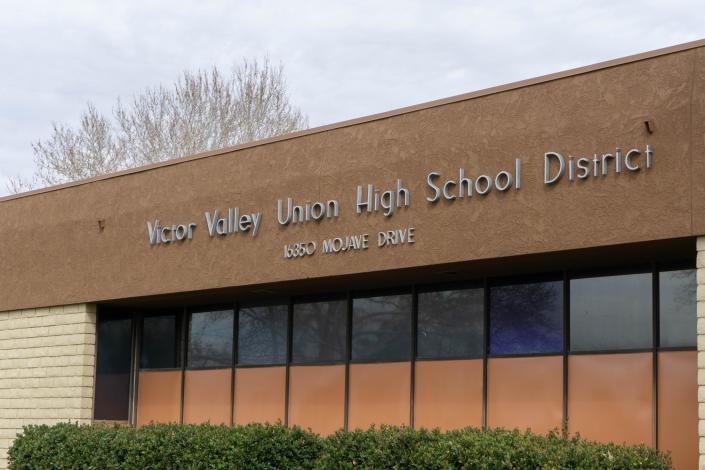 Victor Valley Union High School District has entered into a resolution agreement to end race discrimination in the implementation of school discipline, the US Department of Education’s Office for Civil Rights said this week.

The voluntary resolution agreement requires the district to revise its discipline policies and procedures, train its staff regarding them, and develop and implement a corrective action plan to ensure nondiscrimination in student discipline.

In a VVUHSD statement to the Daily Press, officials said the school district is committed to providing the best possible educational outcomes for all students.

“We would like to thank the Office of Civil Rights for raising important issues and for working with us to find solutions to these systemic problems,” the district stated. “Even before the conclusion of the OCR analysis, the district began taking steps to increase equity for our students.”

“We expect to see marked improvement in the discipline data for our students of color, particularly African-American students,” district officials said.

The OCR identified a pattern of disparate actions across types of discipline, schools and grade levels that imposed greater harm – including a significant loss of learning time – on Black students than their white peers.

Throughout OCR’s investigation, administrators, teachers, and student witnesses reported discrimination in multiple areas such as suspensions, expulsions, truancy and the issuance of law enforcement citations.

This reported discrimination was consistent with statistical evidence of racial disparities in student discipline as well as with district records reflecting specific instances of the harsher discipline of Black students as compared to white students who engaged in similar behavior.

OCR also found that the district violated some Civil Rights Act regulations by failing to maintain and produce timely, complete and accurate records regarding school discipline to demonstrate its compliance with the act.

Administrator and employee witnesses provided examples to the OCR of discrimination at various schools, including racial bias in the discipline process, racial generalizations and negative racial stereotypes about African American students and families.

Students also reported that the district treated African American students differently in discipline than students of other races. One example was Black students were disciplined more often and more harshly for dress code violations and being louder than white students.

Another example is school administrators issued law enforcement citations to students through the CleanSWEEP program, where students were required to appear in juvenile court.

The agreement also requires the VVUHSD to offer and provide compensatory education for students harmed by its racially discriminatory discipline practices.

The district has already begun taking steps to implement the agreement. The district’s commitments in the resolution agreement include: