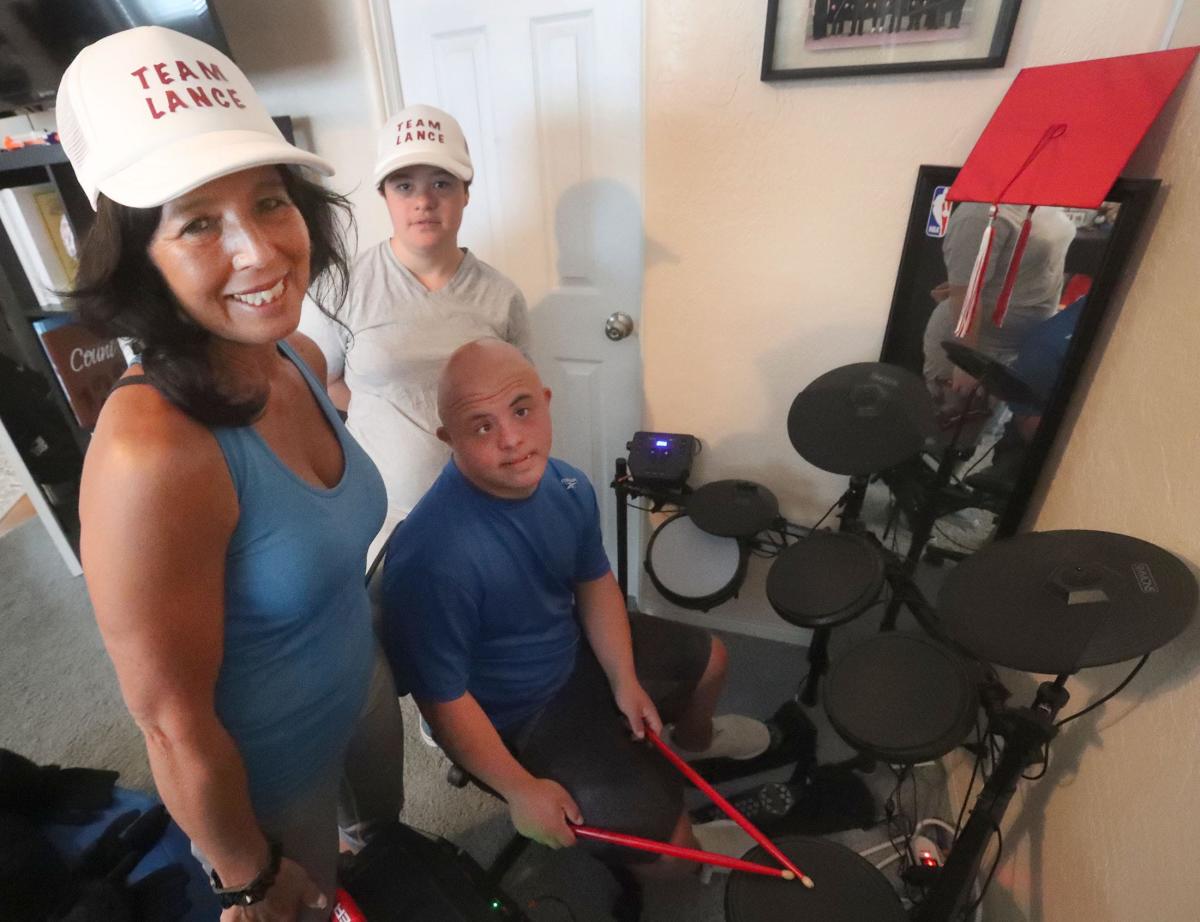 A judge sided with Volusia County Schools regarding a complaint filed by an Ormond Beach parent alleging the district and Seabreeze High School unfairly excluded her son, who has Down syndrome, and denied his electives.

The final order determined the district did not violate Lance Avery’s individualized education plan for students with disabilities or retaliate against him. But Anni Suadi, Avery’s mother, says she’s not done fighting.

“It’s really unfair. It’s just a big lie, and they’re going to have to come true on this,” Suadi said about the alleged exclusion of her son and other students with disabilities at the school. “I’m not going to stop.”

Suadi says Avery’s electives were taken away without notice at the start of the school year at Seabreeze, and he was placed in a more restrictive environment — away from non-disabled students and with others who had more severe behavioral issues — which Suadi says violated his IEP, regressed his progress and triggered severe sensory issues.

“There’s no parental rights,” Suadi said. “You’re supposed to have an IEP meeting to go through every fine tooth of what the schedule is going to be. We sit there for three hours to say what he’s going to do every hour of the day and then suddenly come August, they change everything as if we didn’t meet for three hours, and they make a decision without the parent. Where’s my parental rights on that?”

Suadi filed a due process complaint in October through the State of Florida Division of Administrative Hearings. The school district, identified as Volusia County School Board, was represented by attorney Barbara Myrick. The hearing took place in early December, and the order was issued on Dec. 22 by Brittany Finkbeiner, administrative law judge.

Suadi had requested the judge order the documents to be corrected, along with reinstating Avery’s schedule of electives and on-campus jobs, and granting him compensatory time to make up for the four months. Suadi pulled him out of school to prevent regression in the “chaotic” environment, all of which were denied, according to the final order, which Suadi provided to The News-Journal.

The complaint considered four issues. The first was Suadi’s belief that the district did not place Avery in the “least restrictive environment,” a concept from the Individuals with Disabilities Education Act that requires students with disabilities to be educated in classrooms with non-disabled peers to the fullest extent appropriate.

Suadi wanted Avery to continue receiving elective general education, as he made new friends and became more verbal and confident. She also wanted him to continue on-campus job training to prepare for jobs he had lined up and because riding a bus offsite with other students was stressful.

According to the final order, however, district officials tested that Avery should be learning employment skills and developing communication with non-disabled peers at community job sites, such as Publix.

The judge agreed, determining that Avery had been “mainstreamed” in general education to the maximum extent appropriate and that the district provided opportunities for him to learn job skills in the community, “enhancing his future ability to be integrated into a workplace and the larger community alongside non-disabled peers.”

The district changed the schedule in part to further Avery’s goal of becoming a stock clerk, but Suadi says this is incorrect as that job had previously been ruled out.

On a second issue regarding the district checking off 13 behavioral factors in Avery’s IEP to justify his placement, such as difficulty with emotional control and disruptive behavior — which Suadi believes do not apply to him — the district offered to have an amended IEP meeting to discuss changes, but Suadi said they should be fixed without a meeting because they were added in error without a meeting. Suadi and the district disagreed over whether they had given him a copy of the IEP, but she said no witnesses tested that Avery had any behavioral issues.

According to a 430-page transcript of the hearing provided by Suadi, a district official tested that the factors considered for placement were marked based on a report from a vocational rehabilitation company and conversations with Suadi. However, Suadi says the report should not have been used because she requested end services with the company prior to its completion, and an evaluation with a new vendor is being completed.

In a third issue, the judge determined that while Avery’s IEP mentions he was enrolled in elective classes when it was drafted, it does not say that continued enrollment in electives is a priority and that it is typical for schedules to change each year.

Suadi believes that since the IEP describes Avery as having electives multiple times, it’s clearly important to his social and emotional growth and should be honored, but the judge determined that the IEP was reasonable and did not violate Avery’s access to a “free appropriate public education” ” for students with disabilities.

In a final issue, Suadi believed removing his son from electives was a form of retaliation for her advocacy for other students with disabilities, but the judge did not find any evidence of unlawful retaliation.

Even though Suadi had advocated for other students in previous years, she says, district staff told the judge they did not recall her doing so prior to this year, a detail that Suadi believed could have affected the judge’s opinion.

Parent says she will continue to fight students’ treatment

In the final order, the judge acknowledged that one witness, an Americans with Disabilities Act compliance officer, presented testimony that was “highly insensitive,” as she stated “we can’t have him (Avery) on campus where the students who are much younger than him is using him as a play thing and a toy and a pet.”

“The kids are mentors,” Suadi said, disagreeing. “Lance, he grows socially, he becomes independent, he communicates, he complies, he’s on task, he does what all the other kids do … . He’s made friends. Nobody plays with him like he’s a pet or a toy.”

Suadi intends to appeal the final order with a lawsuit and is in touch with an assistant United States attorney in the Middle District of Florida’s Orlando Division about elevating her complaints. She has also filed a report with the Daytona Beach Police Department over alleged falsification of Avery’s records.

Shirley Lund, a parent of another student with Down syndrome, said her son, Isaac Morden, has also had his electives taken away multiple times. The district gave Morden electives back in October, saying some students need more preparation for job training, but Lund says they are being taken away again this semester and she is considering filing a due process complaint if the issue is not resolved.

The News-Journal reached out to the school district on Dec. 15 seeking an explanation, which was not provided before the district’s winter break started on Dec. 17. When asked about the hearing, a spokesperson said they did not know when the verdict would be released but would be out of office until Jan. 2, which was after this story went to press.