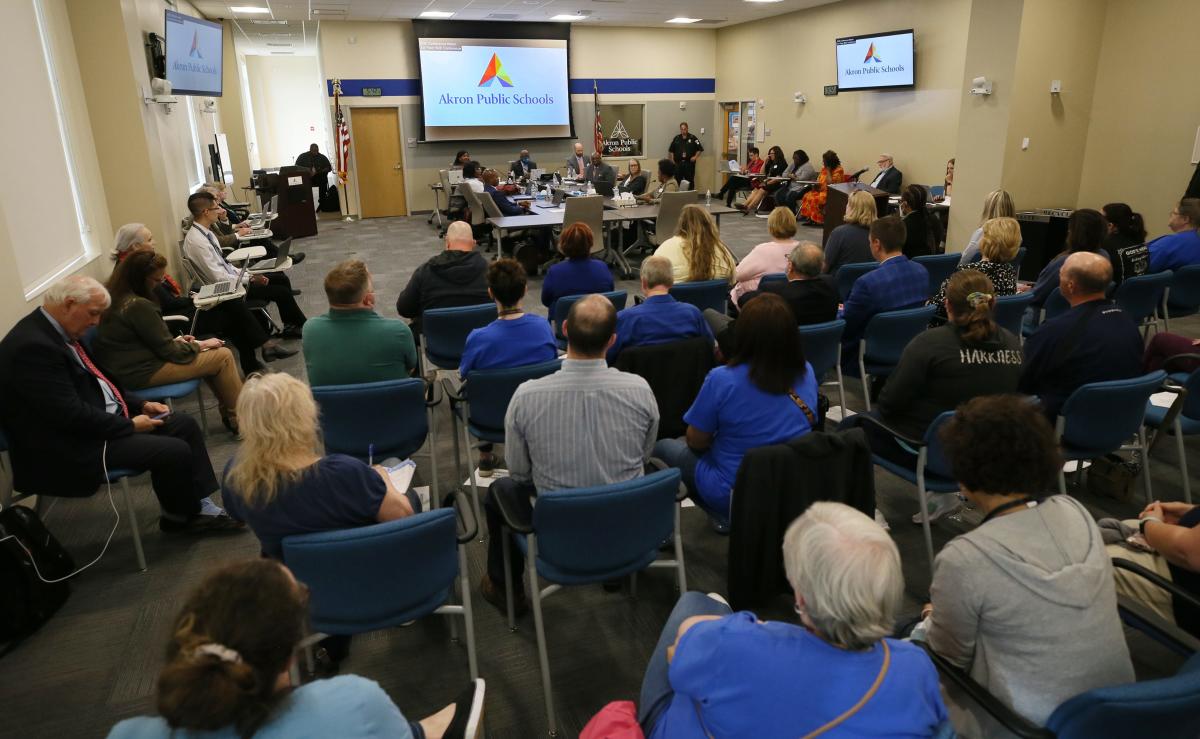 This opinion article represents the views of the Akron Beacon Journal’s editorial board, including editors and four citizen members.

They also won’t learn much from the more online instructions, the troubling strike plan put forth by the Akron Public Schools to maintain education as required by law. If remote instruction with regular teachers presented learning challenges during the pandemic’s early days, how can temporary teachers possibly deliver meaningful instruction?

We’re reluctant to take sides in this complex dispute, but we will strongly advocate for children of this community.

We remain puzzled over why a resolution has been so elusive given the solutions to key issues presented by a fact-finder many weeks ago. To us, that suggests a deep distrust between teachers and district leadership, not to mention a school board that’s not always on the same page.

We were also disappointed to see only two bargaining sessions planned this past week. That’s not the urgency we expect to see when the stakes are so high for our children.

If a strike occurs, we call on all parties to take every step possible to maintain their professionalism and minimize the long-term damage to the district’s ability to serve children. Avoid making questionable public claims. Don’t allow this dispute to fester beyond its resolution.

Akron news we expect in 2023:Possible Akron Public Schools strike one of many top stories to watch for in 2023

Recent violent incidents in schools, not to mention guns being found on two students, show there’s a significant issue with student behavior. Teachers have every right to demand as safe of an environment as possible for themselves and the students who want to learn.

While the Akron Board of Education has authorized purchasing new metal detectors for all middle and high schools, along with other safety improvements, we’ve not seen any comprehensive plan to address the root safety problem — student behavior.

Nor has there been any public discussion of possible solutions such as banning student mobile phones and social media access during the school day, a tactic districts elsewhere have made to reduce misconduct.

‘Contact’ or ‘injury’:Definition of assault a key dispute in APS talks with teachers

Instead, the fact-finder’s report shows the labor dispute appears to focus most on the definition of whether a teacher must be injured for an assault to be counted, pay raises and other resolvable issues.

While the definition of assault is important, keeping or altering the definition does not solve the real problem. Nor does it advance a needed community conversation on how students should be expected to behave in our schools.

We hope there’s more substance to these safety discussions than what’s been shared publicly.

Teachers do deserve raises to ensure Akron can attract and retain top teachers amid high inflation. But the public should understand any raise agreed upon would be on top of step raises already awarded as teachers gain seniority and complete additional education. A new teacher hired today with a bachelor’s degree would be paid $42,039 the first year and $68,742 by year 12. Those with master’s degrees and additional experience earn more.

The average teacher salary of $69,722 ranks at the lower end of teacher pay across Summit County and major urban districts in Ohio, although these salary figures don’t include benefits.

It’s time for everyone to work urgently to resolve these issues for the betterment of everyone, especially our children.